Monkfish and Sorrel in Mousseline a la Simon sauce

Well, got a great gift recently from a friend - a few Monkfish tails.
In the old days Monkfish was seen as a by-catch, used for lobster bait. But the Scottish really pushed it as a food and a few TV recipes later and it became a very fashionable food and expensive to buy.

However, any meaty whitefish like ray will also do. Its also a good recipe to stretch a lobster tail when used as a very plush starter.
I love using Hollandaise sauce, but hate the waste of egg whites. Mousseline sauce is traditionally made with cream, but I just use the egg whites whipped to give a lighter sauce, better for this time of year.
Its probably a healthier option as well.

The mousseline sauce is a great one to know how to whip up, unlike hollandaise it uses all the egg and is great with seafood, asparagus or broccoli. Using different herbs infused through the whipped eggwhite it is very versatile and adaptable

This recipe is an ideal 'Hungry gap' dish from the garden. As a sort of celebration of butter I did it with some beetroot fondant and a few carrots thrown in for good measure but pureed parsnip is also a great accompaniment. 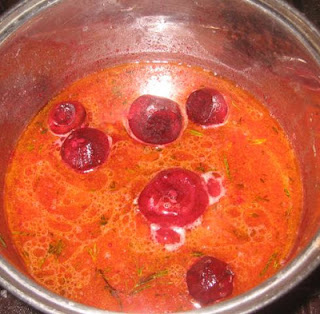 For the fondant and the sauce I would recommend Cuinneog butter - it may cost a little more, but seriously, if you have bought the monkfish it deserves that extra touch of flavour.

I only wish my asparagus crowns were growing better to add to the meal, I must say that the (rather expensive and very delayed in delivery) Mr Middletons asparagus crowns planted and cared for from last year have been very poor performers thus far in comparison with the Lidl types that I bought on impulse.

This recipe in itself is a great way to show off the herbs from the garden, with the fennel and russian tarragon in the sauce, sorrel stirfried with the monkfish and the Rosemary and thyme in the beetroot fondant. 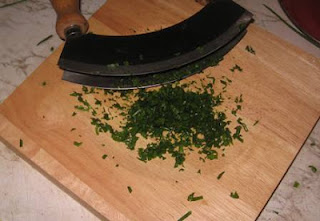 Monkfish does require careful filleting and skinning, it may be best to ask the fish monger to do it for you.

Mousellelin sauce a la Simon is technically tricky to make. Main thing is keep it moving.

Melt the butter in a bain marie
Separate the eggs, reserve the yolks
Whip the egg white until frothy - I whip in the herbs at this point to let them infuse 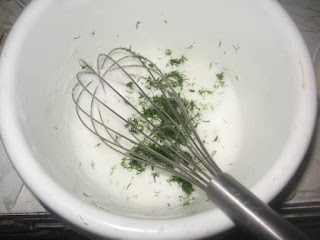 Now, remove the bowl of your bain marie from the heat
Add the egg yolks to the melted butter, keep it moving - dont let it set, add a good squeeze of lemon.
After the lemon is added the sauce changes colour from a deep egg yolk yellow to a lovely looking light yellow - essentially a hollondaise sauce
Add a good pinch of cayenne pepper and then add the mixture to the egg whites in the cold bowl, mix in to give a nice light texture. 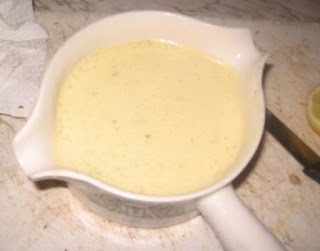 The sauce is served over the food, let the food and a heated plate heat the sauce, it is very light and heats up quickly - dont risk leaving it on the heat unattended or it will set - this is not what you want. You can heat it up in the bain marie prior to serving, but it needs to be watched carefully.

Monkfish is easy, simply cut the fillets into chunks, dust with flour and stirfry.

I serve this with monkfish chunks strifried with some sorrel or blanched nettles added to the wok at the last minute to add a bit more colour and zing.
Serve with a few slices of home made soda bread.

I hope as always that you find the posting helpful or useful, please feel free to leave a comment.

Posted by irishkitchengarden at 3:44 AM