Well, the more I learn about gardening and plants, the more ideas I get. For people with limited space, or with just a flower garden a few of these plants may be of interest.
They provide food, and also garden colour - so well worth a look.
I will update this posting with my own pictures etc. as and when I get them, the pics shown are generic from searches.
This year I transplanted my horseradish and put rhubarb crowns in their permanent positions. With some great advice from gardenplansireland.com  I decided to dedicate one bed to perennial crops.
It means I will need to create a new one for rotation, but I have the space.

From the Irish seedsavers association in Clare I got a few seeds, including Sea Kale and a Salsify.

The sea kale is called Lily White. It has distinctive grey/blue green fleshy leaves that give a display of pure white flowers in late spring. It is a protected plant now in many places.

As a food crop it is the early shoots (like asparagus) that are eaten raw or cooked.
They are best when blanched so put a thick layer of straw over them in autumn/winter.
Don’t start cropping until the second year.

Salsify is a root vegetable that goes back to the middle ages. I do know it is not the easiest veg to prep, I believe the Dutch call it screaming housemaid!! It is very old, having been mentioned by Plinny the Elder. 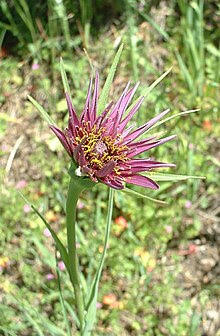 I am delighted to say they also have, again, tipperary turnip in stock. This was a massive success in last years garden as it was very hardy, gave a high return and some great meals.

The other main source of perennial food crops has been seedaholic's in Mayo.

The perennials I ordered from them were mainly herbs, but I also got three perennial veg.

One close relative of the globe artichoke is Cardoon which is popular in France, Spain and Italy. 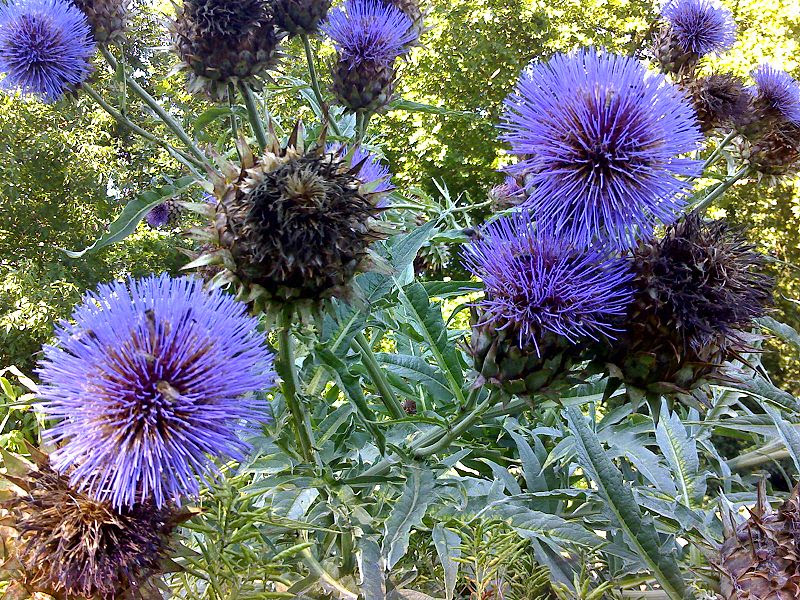 I got Good King Henry from them. Also known as Lincolnshire Spinach. It promises to be a very versitile plant. 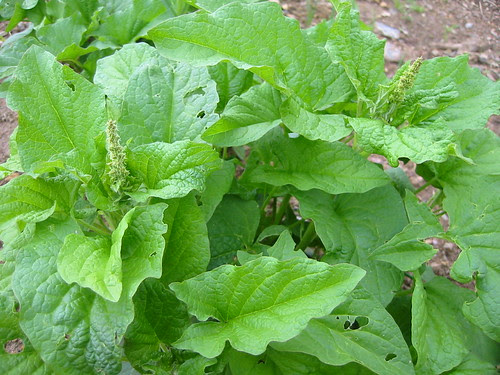 The young leaves and flowering stems can be either eaten in salads or cooked like spinach.
The seed can be ground and mixed with flour then used in making bread.
Known as 'poor man's asparagus', the growing shoots can be tie together in bundles, cooked and eaten like asparagus. Young flower buds can be sautéed in butter

I also got a Sorrel from them - “De Belleville” French or Garden Sorrel
Its meant to be very easy to grow, producing clumps of pale green leaves with a good lemon flavour.
I am told that once you've got a clump going it needs no attention other than when you want to eat it

Sorrel is a ‘herb-vegetable’ or ‘pot-herb’ as it can be cooked like a vegetable.
It can be harvested at baby leaf stage and is great in salads and sandwiches as it doesn't go limp but is most delicious when cooked

From Mr Middletons in Dublin I ordered two other perennials.

Jeruselem Artichoke tubers, they seem a lot less hassle than the globe version.

They also had Aparagus crowns in stock. I got Connovars Colossal as it had 6 crowns - easier to grow than from seed.

So, the plan is that this bed will be very low maintainence, and with any luck - permanently productive.

Posted by irishkitchengarden at 8:00 AM