I spoke before about slugs in active and passive defence measures. One thing I spoke of was beer traps.
Rather than buy dedicated beer traps from a garden centre, its quite easy to make them from empty plastic bottles, cover and all.

Simply cut the bottle in half, on the lower part then cut in little castleations, like a square zig-zag pattern, and after glue back the top of the bottle, you can lace in the cap to improve the bond - and then a dab of superglue and/or a staple.

I also cut and flip out a flap of plastic, this will - one hopes - help keep the rain water, slow evaporation and not allow the beer to overflow or be diluted. 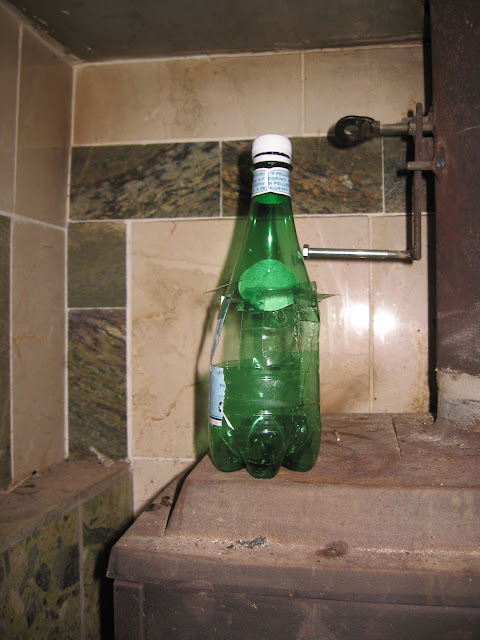 Its cheap, recycles a plastic bottle and it lasts a long time.

The bottle is then placed in the ground in the bed with the openings close to the ground.

The trap is then baited with beer - I am lucky that my local, Coynes bar in Kilkerrin, pour the driptrays into a bottle, which I pick up and use to fill the bottom of the trap.

Its a real mix of beers, stouts and largers, quite pungent.

It gets past the moral dillema of using real beer from a can, but any cheap tin of beer will do.

The smell of the beer attracts the snails who crawl into the trap, and drown, so lets say they die happy.

The beer needs to be relaced on a weekly basis. 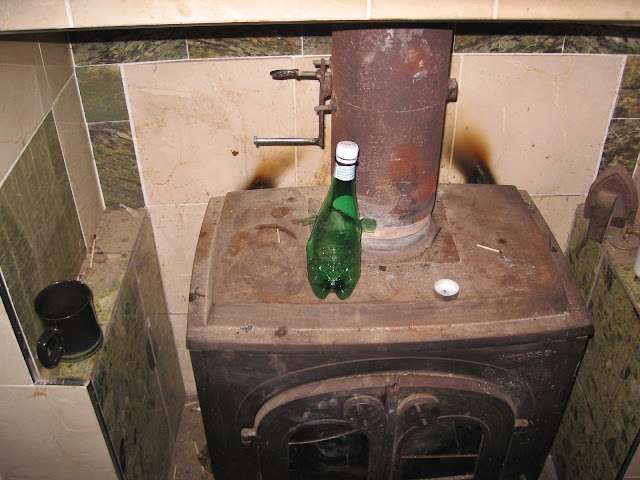 Posted by irishkitchengarden at 4:00 PM