Well, just a commando of a ladybird this one. Perhaps it should give up the day job and join the circus - fast little thing. There are nettles in a hedge nearby which they are supposed to like early in the season.

I have not seen any aphids, but this is another welcome visitor to the garden.


There is something appealing about the ladybird, considered in many countries to be a good omen.
I suppose it is their colour, the fact they are harmless to us and eat predators like aphids and scale insects on our flowers and veg that add up in their favour - another good reason for being as organic as possible in the garden.
Kids love them, and for good reason - for an insect they are so terribly bright and cute, and can be handled gently with no worries of bites or stings.


So many people go to such trouble to attract them, or even order them as bio-control, whereas they are plentifull in my garden, that is a delight.

Not so much as the bee, they do have fond associations for peoples of many cultures.


In Irish, the insect is called bo-een Dé - god's little cow.
In Dutch, the ladybird is called lieveheersbeestje, translating to the dear lord's little creature.
I always found the Dutch diminutive at the end of a word - tje - to e appealing, like een at the end of Irish words.
In France it is known as bete a bon dieu, gods good little beast. There, ladybirds are considered to be bringers of good weather - and the French must like them as they don't eat them!!
In Croat it is called Boga ovchicha  - god's little sheep


In Turkey, ladybirds are called the luck bug. When a ladybird lands on children, they make a wish as do American children.

So, my wish this year is to get back on the right track, get back to work - and hope my garden works out well.

And to finish off, some people think ladybirds are not all sweetness and light - here is a great piece of animation from Miniscule - hope you enjoy it as much as I do. 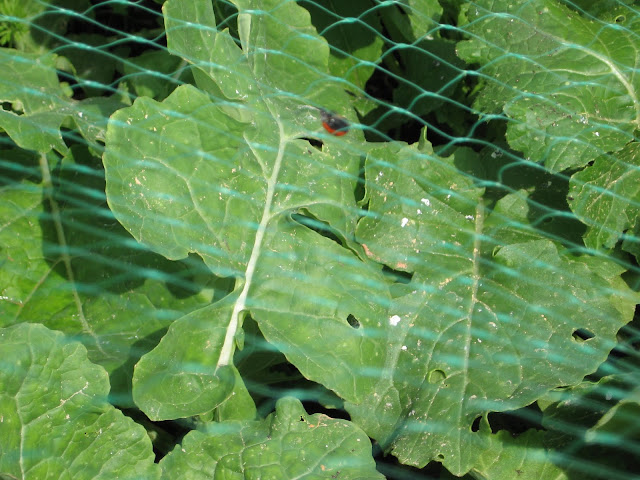 Posted by irishkitchengarden at 1:00 AM